Is A Top Running Or Under Running Crane A Better Fit For You?

When you're moving large loads across a facility full of stored materials and busy workers, choosing the right overhead crane is essential. The various types of interior cranes all have their strengths and weaknesses, so it's never just a matter of choosing the most affordable equipment option. Once you've settled on a beam mounted crane, you'll still need to decide if you want the bridge mounted on top or underneath the beam.

First, determine how much space is available below the ceiling in your warehouse or work space. Top mounted cranes obviously require more clearance, and the beams that support the crane can't necessarily be installed any lower to compensate for a lack of space. Bottom running bridges make more efficient use of limited ceiling space and may help save on building renovations to make space for lifting equipment. However, don't forget that a top-mounted crane design also frees up headroom below the crane. While you might need less ceiling space free for an under hung design, you'll end up losing space between the crane and everything else in the building, which can be a problem in spaces with high shelving units or tall equipment.

Top mounted designs offer greater lifting capacity, so the top load size you're moving in your facility is the biggest deciding factor between these two types of overhead cranes. Under running models can handle loads of up to 20 tons or so when designed correctly, but anything over this weight limit must be handled by a top running crane instead. This is because placing the bridge above the beam changes the type of force applied to the steel, and it's easier for the steel beam to handle being pushed down by the bridge rather than being pulled down by an under running model.

Under running cranes are preferred for light loads in most buildings solely because they can be built onto the building's existing supports rather than requiring freestanding columns to bear the weight. This is because they tend to use lighter beams and bridges, resulting in a lighter crane system overall. Installing weight bearing columns can use up a lot of valuable floor space and interrupts the existing workflow. For retrofitting projects that involve installing a crane in a building that never held one, eliminating the need for extra supports cuts down on both installation costs and time as well. Of course, not all buildings are prepared to hold up an overhead crane, so even a light under running design may still need columns if your building wasn't built with this kind of load in mind.

When you're using a top running crane, your loads must go in a straight line across a limited distance. If the load must go further or around a corner, you'll need a station to set the load down and attach it to a completely separate crane. Under slung bridges have the ability to interlock with each other, allowing you to transfer loads safely while the entire package is still up in the air. This makes under running designs much more flexible and useful in a complex environment.

Finally, top running cranes tend to be better at cross very long spans of space. This is primarily due to the wider and heavier beam used as a support, but the columns holding the system up also help extend how long it can reach in a single run. However, under running cranes can still be used in a setting of practically any size, you'll just need to use multiple crane and beam systems and rely on interlocks to connect them together. 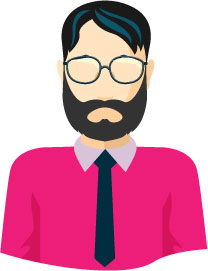 Hi, my name is Rod Baylor and my hobby is learning about manufacturing processes. When I was growing up, my dad worked in a manufacturing facility and he would tell me about the different kinds of processes that were used in the plant. I wanted to learn more information about them, so I did a lot of reading. I'm still interested in manufacturing processes today, but now my research is easier because I can do most of it online. In this blog, I've compiled all of my research so you don't have to do the searching yourself. Some of the processes you'll learn about include casting, imaging, coating, forming, molding, joining and machining. You'll also learn about 3D printing and using lasers in the manufacturing industry. I think that you'll enjoy my blog and you'll learn an abundance of information.